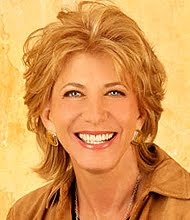 "As we learn to let go of the extraneous chatter that clutters our mind, we discover that our true nature - our essential self - is actually the center of awareness, peace and compassion."
Joan Borysenko
Posted by Glenn Schiffman
Email ThisBlogThis!Share to TwitterShare to FacebookShare to Pinterest

Ten things that make us heppy 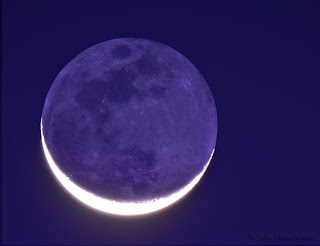 1. Savor Everyday Moments
Pause now and then to smell a rose or watch children at play. Study participants who took time to "savor" ordinary events that they normally hurried through, or to think back on pleasant moments from their day, "showed significant increases in happiness and reductions in depression," says psychologist Sonja Lyubomirsky.

2. Avoid Comparisons
While keeping up with the Joneses is part of American culture, comparing ourselves with others can be damaging to happiness and self-esteem. Instead of comparing ourselves to others, focusing on our own personal achievement leads to greater satisfaction, according to Lyubomirsky.

3. Put Money Low on the List
People who put money high on their priority list are more at risk for depression, anxiety, and low self-esteem, according to researchers Tim Kasser and Richard Ryan. Their findings hold true across nations and cultures. "The more we seek satisfactions in material goods, the less we find them there," Ryan says. "The satisfaction has a short half-life-it's very fleeting." Money-seekers also score lower on tests of vitality and self-actualization.

4. Have Meaningful Goals
"People who strive for something significant, whether it's learning a new craft or raising moral children, are far happier than those who don't have strong dreams or aspirations," say Ed Diener and Robert Biswas-Diener. "As humans, we actually require a sense of meaning to thrive." Harvard's resident happiness professor, Tal Ben-Shahar, agrees, "Happiness lies at the intersection between pleasure and meaning. Whether at work or at home, the goal is to engage in activities that are both personally significant and enjoyable."

5. Take Initiative at Work
How happy you are at work depends in part on how much initiative you take. Researcher Amy Wrzesniewski says that when we express creativity, help others, suggest improvements, or do additional tasks on the job, we make our work more rewarding and feel more in control.

6. Make Friends, Treasure Family
Happier people tend to have good families, friends, and supportive relationships, say Diener and Biswas-Diener. But it's not enough to be the life of the party if you're surrounded by shallow acquaintances. "We don't just need relationships, we need close ones" that involve understanding and caring.

7. Smile Even When You Don't Feel Like It
It sounds simple, but it works. "Happy people...see possibilities, opportunities, and success. When they think of the future, they are optimistic, and when they review the past, they tend to savor the high points," say Diener and Biswas-Diener. Even if you weren't born looking at the glass as half-full, with practice, a positive outlook can become a habit.

8. Say Thank You Like You Mean It
People who keep gratitude journals on a weekly basis are healthier, more optimistic, and more likely to make progress toward achieving personal goals, according to author Robert Emmons. Research by Martin Seligman, founder of positive psychology, revealed that people who write "gratitude letters" to someone who made a difference in their lives score higher on happiness, and lower on depression-and the effect lasts for weeks.

9. Get Out and Exercise
A Duke University study shows that exercise may be just as effective as drugs in treating depression, without all the side effects and expense. Other research shows that in addition to health benefits, regular exercise offers a sense of accomplishment and opportunity for social interaction, releases feel-good endorphins, and boosts self-esteem.

10. Give It Away, Give It Away Now!
Make altruism and giving part of your life, and be purposeful about it. Researcher Stephen Post says helping a neighbor, volunteering, or donating goods and services results in a "helper's high," and you get more health benefits than you would from exercise or quitting smoking. Listening to a friend, passing on your skills, celebrating others' successes, and forgiveness also contribute to happiness, he says. Researcher Elizabeth Dunn found that those who spend money on others reported much greater happiness than those who spend it on themselves.
Posted by Glenn Schiffman
Email ThisBlogThis!Share to TwitterShare to FacebookShare to Pinterest

The happiest people don't necessarily have the best of everything; they just make the best of everything they have. Life isn't about how to survive the storm, but how to dance in the rain. Truth needs no embellishment, no beauty, not even sincerity. Truth serves without spoiling. The invincible shield of caring is a weapon from over yonder against being profane. There is an old Sanskrit proverb that says: “Look to this day. Yesterday is a dream, and tomorrow is a vision. Today, well lived, makes every yesterday a dream of happiness and every tomorrow a vision of hope. Look well, now here, to this day.”
Posted by Glenn Schiffman
Email ThisBlogThis!Share to TwitterShare to FacebookShare to Pinterest

Go placidly amidst the noise and haste, and remember what peace there may be in silence. As far as possible without surrender be on good terms with all persons.
*
Speak your truth quietly and clearly; and listen to others, even the dull and the ignorant; they too have their story.
*
Avoid loud and aggressive persons, they are vexatious to the spirit. If you compare yourself with others, you may become vain or bitter; for always there will be greater and lesser persons than yourself.
*
Enjoy your achievements as well as your plans. Keep interested in your own career, however humble; it is a real possession in the changing fortunes of time.
*
Exercise caution in your business affairs; for the world is full of trickery. But let this not blind you to what virtue there is; many persons strive for high ideals; and everywhere life is full of heroism.
*
Be yourself. Especially, do not feign affection. Neither be cynical about love; for in the face of all aridity and disenchantment it is as perennial as the grass.
*
Take kindly the counsel of the years, gracefully surrendering the things of youth. Nurture strength of spirit to shield you in sudden misfortune. But do not distress yourself with dark imaginings. Many fears are born of fatigue and loneliness.
*
Beyond a wholesome discipline, be gentle with yourself. You are a child of the universe, no less than the trees and the stars; you have a right to be here.
*
And whether or not it is clear to you, no doubt the universe is unfolding as it should. Therefore be at peace with God, whatever you conceive Him to be, and whatever your labors and aspirations, in the noisy confusion of life keep peace with your soul. With all its sham, drudgery, and broken dreams, it is still a beautiful world. Be cheerful.
*
Strive to be happy.

Through a Glass Darkly 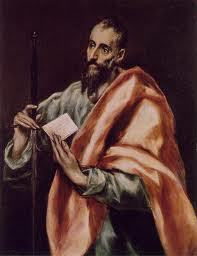 "Now we see through a glass darkly, but then, face to face; now we know in part, but then shall we know, even as also we ourselves are known..." --Paul's First Letter to the Corinthians, chapter 13, verse 12 - (painting by el Graco)
Posted by Glenn Schiffman
Email ThisBlogThis!Share to TwitterShare to FacebookShare to Pinterest 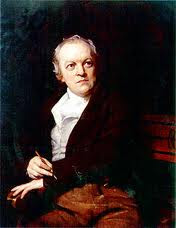 "If the doors of perception were cleansed everything would appear to man as it is, infinite. For man has closed himself up, till he sees all things through narrow chinks of his cavern."
-William Blake, from "The Marriage of Heaven and Hell"
Posted by Glenn Schiffman
Email ThisBlogThis!Share to TwitterShare to FacebookShare to Pinterest

Yesterday is so far away. Like the furthest star in the universe. Billions of light years in the past. Gone forever. And she doesn't give a crap about me anymore. Never will. Doesn't care who I am , what I did, where I went. And yet I spend so much time thinking about her. Talking about her and carrying her around on my back to show everyone how great she is. Ruthless and cold she will never ever give me a second chance. Bye baby.. .. (Thomas Hilton)
Posted by Glenn Schiffman
Email ThisBlogThis!Share to TwitterShare to FacebookShare to Pinterest

"Without a global revolution in the sphere of human consciousness, nothing will change for the better in the sphere of our being as humans, and the catastrophe towards which this world is headed - be it ecological, social, demographic or a general breakdown of civilization - will be unavoidable. . . The salvation of this human world lies nowhere else than in the human heart, in the human power to reflect, in human meekness and in human responsibility."
Vaclav Havel, President of the Czech Republic in his historic address to the U.S. Congress
Posted by Glenn Schiffman
Email ThisBlogThis!Share to TwitterShare to FacebookShare to Pinterest

"Extraordinary patience is necessary to work toward world peace, and the source of that patience is inner peace. Such peace enables us to see clearly that war and suffering are outer reflections of the mind's poisons. The essential difference between peacemakers and those who wage war is that peacemakers have discipline and control over egotistical anger, grasping, jealousy, and pride, whereas warmakers, out of ignorance, cause these poisons to manifest in the world. If you truly understand this, you will never allow yourself to be defeated from within or without."
Chagdud Rinpoche
Posted by Glenn Schiffman
Email ThisBlogThis!Share to TwitterShare to FacebookShare to Pinterest 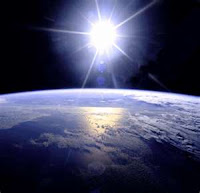 "That oneness is the true feeling of who I am. I am not the personality, or any particular aspect of essence. I am the whole thing, including emptiness and space, and I experience everything in complete harmony. When this happens, there is a sense of intimacy, an exquisite, personal intimacy, the feeling ...that I am me, with nothing excluded, nothing rejected. I am both a person and a universal existence, that what is personal and what is universal are completely harmonious and can coexist. When my whole organism is in harmony on all its levels, there is no conflict. The expression and radiance of that harmony is love. I feel complete and not separate from anything. This is the action of love. The action of love is to unite, to reveal the connectedness. A loving person doesn't love me - a loving person is love. Love isn't given. As Plato said, "Love is the pursuit of the Whole."
A.H. Almaas
Posted by Glenn Schiffman
Email ThisBlogThis!Share to TwitterShare to FacebookShare to Pinterest 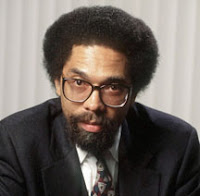 "The difference between hope and optimism: Optimism is based on the facts - it looks pretty good out there and it's going to get better. Whereas hope - it doesn't look good at all, but we're going to take the leap of faith to create new visions based on possibilities that become contagious to encourage people to engage in rogue actions always against the odds, no guarantee whatsoever, that's hope."
Cornel West
Posted by Glenn Schiffman
Email ThisBlogThis!Share to TwitterShare to FacebookShare to Pinterest 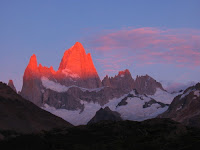 "Spending your time with true spiritual friends will fill you with love for all beings and help you to see how negative attachments and hatred are. Being with such friends and following their example will naturally imbue you with their good qualities just as all the birds flying around a golden mountain are bathed in its golden radiance."
- Khyentse Rinpoche
Posted by Glenn Schiffman
Email ThisBlogThis!Share to TwitterShare to FacebookShare to Pinterest

"Then the venerable Ananda approached the Buddha, prostrated himself and sat down to one side. Sitting there the venerable Ananda said to the Buddha: 'Half of the this holy life, Lord, is good and noble friends, companionship with the good, association with the good.' 'Do not say that, Ananda, do not say that, Ananda. It is the whole of this holy life, this friendship, companionship, and association with the good.'"
Posted by Glenn Schiffman
Email ThisBlogThis!Share to TwitterShare to FacebookShare to Pinterest
Newer Posts Older Posts Home
Subscribe to: Posts (Atom)

ANSWERS TO THE QUESTION "WHAT DOES IT MEAN TO BE A HUMAN BEING?"